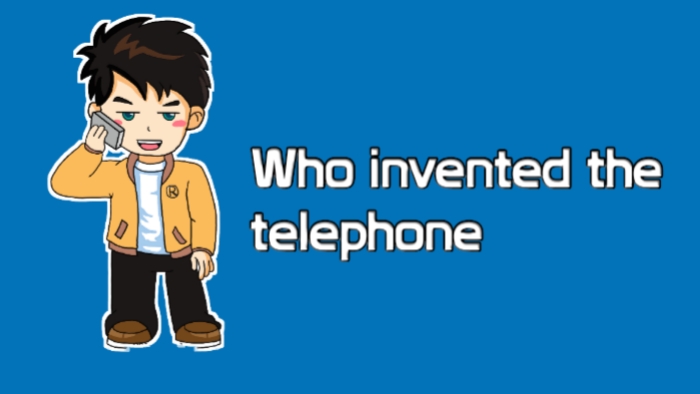 With the help of today's mobile-smartphone communication is like a prisoner in the palm of one's hand.

However, before this mobile, laptop and even computer, what exactly was human life like?

In fact, in the late 19th century, the fastest way to communicate was to send a letter.

Due to the rapid development of the railway system at that time, communication through letters was faster than before; In fact, he could not get up to exchange news with the time.

As a result, there would be a huge gap in communication.

Later, though, the advent of the telegraph would allow messages to be sent over greater distances.

Even so, owning one is still beyond the reach of the average person.

Because, this medium of communication was much more expensive.

Meanwhile, we all know that Necessity is the Mother of Invention.

That is to say, the telephone was later invented in the bosom of human civilization for the need of quick communication.

And, the main topic of our article today is - Telephone .

From this article you will find - a detailed discussion of the invention, inventor, history and modern telephone system of telephone.

In fact, what is a telephone?

While talking on the phone may not seem like a big deal these days, the telephone is a device that was developed long ago to simultaneously transmit and receive the human voice.

In those days, telephones were much cheaper and easier to operate than any other means of communication, the best means of instant and personal communication and still remain.

Today, billions of telephones are still used around the world.

Who invented the telephone?

We all know Alexander Graham Bell as the father of the telephone.

He is credited with being the inventor of the telephone, as he was the first to successfully demonstrate his patent and the device he invented to "cause those electrical irregularities to transmit voices or other words telegraphically."

In what year was the telephone invented?

Thomas A,  an assistant to Bell. Watson was trying to reactivate a telegraph transmitter.

Upon hearing that word, Bell thought that he could solve the problem of transmitting human voices with the help of a cable.

He had already discovered how to transmit a simple electric current.

He later obtained a patent for the invention on March 6, 1876.

He sat in one room and talked on the phone with his assistant who was sitting in the other room.

His first historic statement on the phone was, "Come here, Mr. Watson. I want to see you. "

Which has since become one of the best patents in the history of groundbreaking inventions in the United States and around the world.

It can be very difficult to find a real inventor or inventors for a particular invention.

In most cases, instead of the original inventor, the person or inventor who succeeds in the best and most practical way is given the translation of the main inventor.

And there is a lot of controversy in history about the real inventor of such a historic discovery as the telephone.

Many controversial lawsuits, reports, books, and articles have even been created on patents for inventions.

Undoubtedly, however, Alexander Graham Bell was credited with inventing the telephone.

Because, the design of the telephone operated by him was accepted as the first patent.

However, he is not the only one who has come up with the idea of ​​talk telegraph.

Instead, Antonio Meucci, an Italian immigrant, began designing the talking telegraph or telephone in 1849.

Then, around 1871, he submitted a warning (announcement of an invention) for the design of this talking telegraph.

But, for some reason, Muchi could not renew his declaration of innovation.

For that reason, despite his discovery of the design of the telephone, he did not have the opportunity to show practical application, but the credit for inventing the telephone remained elusive to him.

The US House of Representatives passed a resolution in 2002 to honor Meucci's work and make his contribution unforgettable.

There was also a famous legal battle over the invention of the telephone by Alexander Graham Bell, with Elisha Gray, an American inventor and electrical engineer.

Gray invented a type of telephone in 1876 using a water microphone.

However, the legal victory did belong to Graham and history bears witness to that.

Furthermore, it is known that Thomas Alva Edison invented the carbon microphone.

Which can generate strong telephone signals; However, he never patented this invention.

How does the telephone work?

The work of a telephone is very complicated; But it is very easy to understand.

If, as a child, you used to talk with two paper cups tied to a wire, you already know how the telephone works.

The words spoken by the two people on either side of the two cups of paper flow through the wire in the form of sound waves and reach the ears of the person at the two ends.

Basically any telephone - a microphone for talking and a speaker for listening.

Similarly, when you speak on a telephone, the sound of your voice reaches the diaphragm, a thin metal disc inside the microphone of the phone in the form of small sound waves .

And, the sound wave you transmit  in that diaphragm causes vibrations.

As vibrations are created, sound waves are converted into electrical energy.

This time, that electrical energy is converted back into electrical sound waves through electrical wires, with the help of a permanent magnet in the speaker of the other person's telephone and an electromagnet.

And in this way, the message in the form of your voice reaches the other person and he can hear you clearly.

And, this electrical energy travels through the wires of the phone and reaches the telephone on the other end, converted back into acoustic energy.

What is the telephone made of?

Telephone devices are made up of a power source, switch hook, dialer, ringer, transmitter, receiver and anti-sedton circuit.

How is the phone made?

All you have to do is pick up the receiver and call your desired phone number, the phone will go to your intended person.

Or, when your phone rings, you have to pick up the receiver and talk on the phone.

Although the former telephones could only communicate, the invention of the cellphone from the telephone in 1973 completely changed the thinking of all telecommunications.

Where, without it, communication on the telephone was almost impossible, the advent of cellphones made it possible to communicate farther away through wireless radio waves.

Nowadays, in addition to regular calls, we use our smartphones to make audio-video calls, send e-mails, send texts, listen to music, watch movies, give alarms and do all kinds of things in a blink of an eye.

Such an event would never have been possible without human society inventing this wonderful device called the telephone.

For this reason, we can call the telephone the grandfather of today's mobile.

This device has become visible as today's smartphone through various changes and evolutions from generation to generation.

Who invented the telephone? And this is the end of our article  on the history of  the invention of the telephone .

If you like the article, please let me know in the comments.